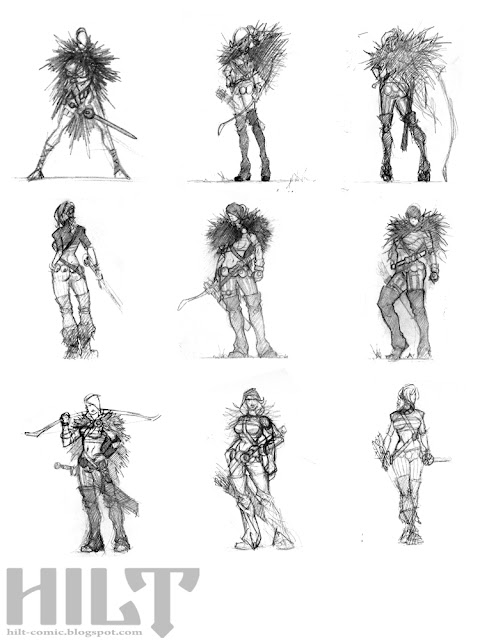 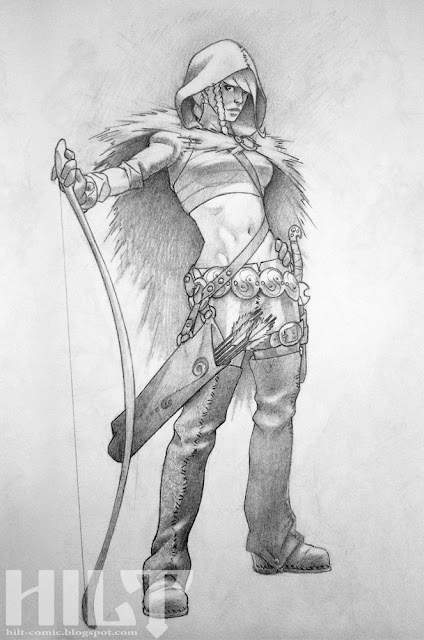 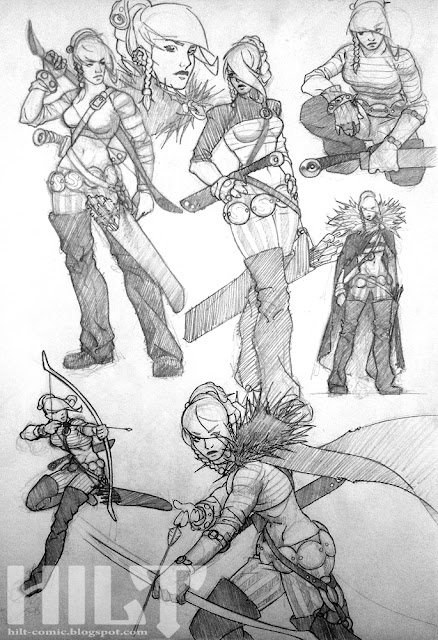 It's been a while since my last update to this blog, but work continues apace on the comic itself. I am about 3/4 the way through the first pass of layouts. Now I can see the light at the end of the tunnel, or at least the first tunnel, I'm finding I'm giving each page less consideration as I just want to get to the end. As such, I've resolved to tackle a couple of pages as a time, which is helping me to focus. As it stands the comic is going to be closer to forty pages as opposed to the intended 22-25 length. I expect to trim it down during editing after I have the first pass complete.

Onto the drawings features on this page, then. Having decided on the sort of look I was after I did a whole bunch of thumbnail sketches in which I played around with different costume elements, clothing and equipment. This sketching process helped me get to know the character a bit better, but I was still unsure and not totally pleased with her. I resolved to get inspiration from one of my favourite illustrators, namely Adam Hughes. I used one of his poses as a base for the top image and this allowed me to concern myself less with getting the anatomy right and focus on the costume. It was upon finishing this pic that I really got attached to the character and sold myself on her aesthetic.

At a later stage I did the page of poses as I was closer to drawing the comic itself. With these images I am again playing around with subtleties in her costume, her cloak in particular. Initially I was going to have her remove it mid-chase and use it as a defensive weapon, but I have decided that it really helps create a sense of motion as well as making her silhouette distinct to that of the knights.
Posted by Nick Smith at 11:07 PM No comments: