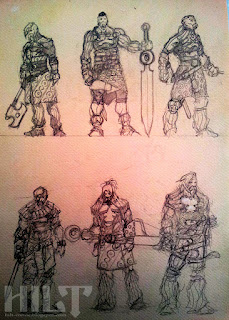 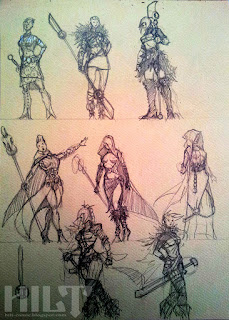 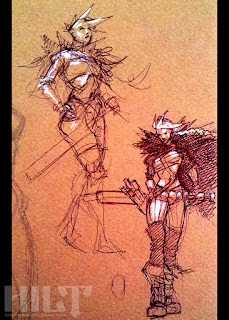 The warrior character for HILT started off as a man. As with most of my own concept art, it's a case of having a vague idea of what I am looking for and sketching until I uncover the exact look that fits my preconceptions, that matches the feel I am after. The male version just wasn't hitting the mark and so I experimented with a female version.

I was attempting to make the character look quite formidable and capable while still retaining some sexiness and it wasn't until the sixth sketch that I hit upon a design that I thought had some potential. What I liked about this design was the fluid curves of her hips and legs against the sharp angles of the fur cloak.